Nothing says autumn like a sense of warm nostalgia and a cool edge of sadness. And if anyone has the song of the season this year, it's Alexander Wren's "The Earth is Flat."

The former Americana idol contestant is readying his first full-length album, and if the careful songwriting on this tune is an indicator, it's going to be a beauty. On this "country/jazz" song, Wren uses his wistful voice to craft a tale of intimacy with stunning imagery. The clarinet in the song supplements the traditional country elements: steel guitar, a gently walking bassline, and a gentle drum shuffle that provides a steady foundation to the listener's emotional journey.

A Ft. Wayne, Indiana native, Wren grew up with an Epiphone-playing wedding-singer mother and a Hank Williams-loving father, ‘salt of the earth’ people who taught him to follow his heart.

Following his heart led Wren to audition for American Idol and ride that wave into Nashville, where he wrote 350 songs instead of attending college.

A handful of these songs materialized into his sophomore EP, Assorted Love Songs, which released in 2018 under Nashville indie label, Peptalk Presents. With Gershwin-esque clarinet solos, psychedelic synth shimmers, and phased-out steel guitar; Wren and producer Micah Tawlks felt as if they were truly beginning to venture into a strange yet exciting territory.

"That was the project where I began to fall in love with the simple act of writing. Many people can out-sing me and out-perform me, but when you start to strip away all of the smoke and mirrors, you are simply left with a song- and this is what I think my strong suit is," says Wren.

Wren released what he considers to be his 'magnum opus' thus far, "The Earth is Flat," on September 18th, 2020. “This is a song about conspiracies,” is how Wren jokingly announces it from stage.

Co-written with Lauren Weintraub, a Nashville artist signed to Big Machine Label Group, it doesn’t take long for the listener to realize that the song isn't actually a 'flat earther' anthem...


Go on honey tell me that this thing's still love
And heaven is below us, hell is up above
The sky is green, the grass is blue
A wedding dress is black
Aw, honey, you love me
And yeah, the earth is flat

After the co-write, Wren originally shelved the song, giving it a grade ‘D’ in his song catalog. And he thought nothing more of it until six months later when Lauren started playing the song in public at the likes of the Bluebird Cafe and even Belmont University’s ‘Best of the Best’ event, where she said she was getting an overwhelming response.

Wren quickly caught on and began recording during the pandemic. But this time around, Wren and his producer, Tawlks, were forced to take a different approach: mask-wearing, sanitizing in-between takes, and only hiring in players needed for the bare essentials. The result? A country/jazz concoction with a Velcro-fierce valuing of emotion and ‘old-school’ turn of phrase:


"Originally, I thought I heard the song stripped bare with some traditional country steel and maybe even sparse synthesis. But Micah had a different idea, which is why I love working with him so much. The song always turns out slightly different than how I had envisioned, but always better."

Tracked live in Tawlks' basement home studio, dusty percussion, improvisational piano, and tactile tenor saxophones; all emerge from the mix- creating what they both describe as a, "feeling you would get when free floating through space."

Looking to the future, Alexander plans to put on his hypothetical ‘blinders’ and continue down this path - following nothing but the North Star of the song. He remarks, “Instagram will lose its luster, streaming numbers will eventually fade, and this industry will forget you as soon as you’re not within the monthly trend... but the older I get the less I’m seeing music as a means of popularity or even success as much as a tradition that we get to participate in - bringing songs into existence. And songs, well... they are something that could quite possibly be eternal.”

"The Earth is Flat" is the first single off of Alexander's full-length debut.

L’Shanah tovah! Let’s dig deep into an extra-large episode of blues, punk, rock, pop, and country music. Why is it longer? Because I can! Also, some good news!
Don’t forget to back the Rainbow Rodeo Kickstarter!
Album of the Week: Daniel Romano -- How Ill Thy World Is Ordered 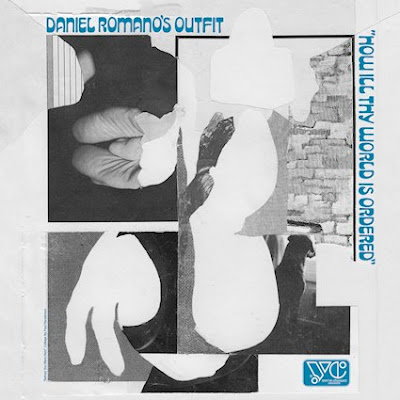 This is a stunning album, with dense prophetic lyrics. Romano’s delivery is eerie and damning, songs that speak truth to power with Dylan-esque poetry -- but none of his vagaries. This album has genuine power, an electrifying energy that will send chills up your arms. And it’s Romano’s 10th of the year. Clearly he’s not running out of steam.
Send me music via SubmitHub! Send me money via Ko-fi or Patreon. Find Rachel and her comic via https://linktr.ee/rachel.cholst

Ron Pope's been using this pause in touring to take a look back at his catalogue. Using fan responses from his livestream performances, Pope has revisited his deep cuts and dusted off songs that had yet to be released. He's also been collaborating with some of the finest singers in the genre, as we saw in "A Little More Love" a month ago.

For "Turning Back," Pope recruited Emily Scott Robinson, a phenomenal singer-songwriter from Colorado whose song "The Dress" is enough to shake you to your core.

The pair trade harmonies beautifully, while Pope paints a picture of the quiet, beautiful moments in a mature relationship.

Of the song, Pope writes: "There are so many songs about those first few seconds when you're falling in love and your brain is constantly on fire. 'Turning Back' is about something that happens long, long after that. Jeff (my writing partner on this song) and I were talking about grown up love (we're both married and have little ones); at this point in my life, a quiet moment with my wife feels like a real luxury. Whenever we get those simple, sweet moments, we cherish them. This is an entire chapter of the love story that nobody ever writes about; here we are, deep in this thing, still loving each other with absolutely no intention of turning around. It's different than the beginning, but it's deeper and that much more beautiful as a result."

You can watch Pope's stunning music video for the song below:

The refrigerator saga concludes! Also, jazz, country, and punk -- and it all works, I promise!

Contribute to the Rainbow Rodeo Kickstarter here!
Album of the Week: Matt Woods -- Mornings After
Matt Woods’ new EP Mornings After is signature Woods: his powerhouse vocals make the stories of small peoples’ pain operatic in scope. Woods can crank it up and get people dancing as well as anybody, all with a twinkle of his eyes and a workingman’s righteous fury. But on Mornings After, as the title suggests, Woods slows things down a bit, giving us one of his more contemplative works to date. Mornings After has a little more country soul than his past few releases, but all of the heart and explosive energy you can expect from Woods. With Glossary’s Joey Kneiser as producer, you know that the EP is as genuine as beautifully engineered as they come. 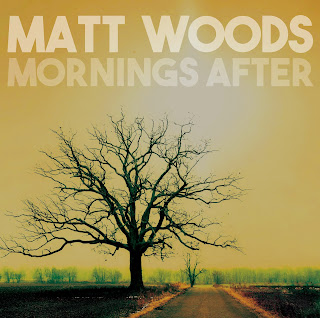 Send me music via SubmitHub! Send me money via Ko-fi or Patreon. Find Rachel and her comic via https://linktr.ee/rachel.cholst
Posted by Rachel Cholst at 12:00 AM No comments:

Hey, y'all! Here's something I haven't done in a while: posted something that wasn't a podcast! The freelance stuff seems to be slowing down for the first time in quite a few years -- and that's fine with me. I feel like I've been neglecting my baby, and it'll be good to write reviews in ways that don't necessarily work on a larger publication.

One of those things is writing about a song or musician's personal impact on me. Katie Pruitt's album, Expectations, acts as a broad narrative of the coming out experience: the fear, the isolation, the acceptance, the bliss of finally finding the person you belong to. I've been there, and I'm happy to say that, finally, I've even reached the (hopefully for reals) last stop on the path since starting this blog 9 years ago.

On "Normal," Pruitt captures one of those early stages of coming out: when you've finally come to terms with being gay -- but that doesn't mean you have to like it. Without the context of the rest of the album, the song can come off as self-hating. However, if you haven't had a chance to dig into Expectations yet, this should be the beginning of a journey to something transcendent.

Click here for the Rainbow Rodeo Kickstarter!
Send me music via SubmitHub! Send me money via Ko-fi or Patreon. Find Rachel and her comic via https://linktr.ee/rachel.cholst
Posted by Rachel Cholst at 12:00 AM No comments: