I first heard Jo Wymer's music around the same time I first listened to The Alabama Shakes, but it's not for nothing that the two are so close in my mind. Jo Wymer's voice is every inch as clear, soulful, and beautiful as Brittany Howard's, and both ladies know how to play guitar. 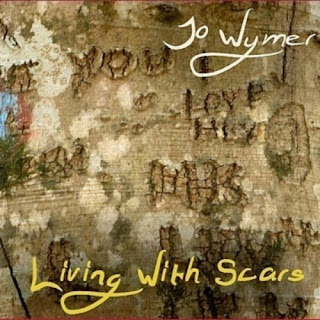 But where the Shakes sing songs of Christian redemption, Wymer's subject matter is about the journey she's been through, and how she's just not going to take anybody's shit anymore. Really, it's a rare vocalist who can pour his or her heart and soul into every note, and Wymer is that singer. However, I think where Wymer really displays her singing and songwriting talent is her capacity to explore different emotions. This is not just an album about defiance, injury, healing, love, or lust. It's about being human, and that means living through a number of different experiences.

Fortunately for me (and I suspect most of you,) Jo Wymer is based in New Jersey. She plays there frequently and is starting to break into Philly and NYC. She's playing at The Parkside Lounge in Manhattan next Friday, January 20th, from 9 to 10 PM. Admission is only $3 (THREE), so I'll see you there!


Dirty Secrets
Come On Baby
I Can Tell

---
Exciting news tidbit number one: John Moreland has a tumblr. Not only is it a tumblr, it is a tumblr with a new song every week. And if you haven't liked the Adobe and Teardrops page on Facebook, get your patootie over there to get the link!

Exciting tidbit number two: As you can see, I've figured out how to embed a real mp3 player onto the blog. Smell ya later, Grooveshark. (Except for those Mixtape Mondays.)
---
Jo Wymer Official, Facebook, G+, Buy Living With Scars (which you can do on basically every platform except Spotify)
Posted by Rachel Cholst at 6:55 PM