Ani DiFranco -- Which Side Are You On?

I'm not a huge Ani DiFranco fan. I don't know why; probably because the places she goes are too dark for me, even when I'm at my darkest. But I streamed a few tracks from her latest release, Which Side Are You On? on Paste Magazine's mPlayer and I was hooked. I couldn't stop listening to the album for the first few days after I bought it. Oddly enough, it dropped out of my rotation fairly quickly, but now that I'm listening to it while I write this entry, I'm realizing that this is quite an unjust omission. 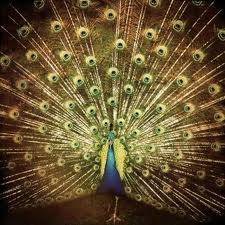 I'm just going to start with the obvious and note the superb guitar-playing. If you're somebody who dismisses Ani and other Lilith Fair-era musicians, then you're making a grave mistake. The backup musicians complement Ani's skill: the sweeping drumbeats and odd syncopation give the songs a unique strength that could only come from Ani DiFranco's pen.

What strikes me most about this album is how mellow it is. With the exception, of course, of "Which Side Are You On?" As far as I'm concerned, it's the political rallying call we've been waiting for since Sleater-Kinney's One Beat. The drumline is pure New Orleans, which, as far as I'm concerned, she pack an extra bite in a post-Katrina world. Ani's edge is still very much visible and has become more pointed with time. It's as if she's learned when to release the claws and when to be peace

Posted by Rachel Cholst at 7:58 PM