Real talk: I started this blog because I knew this album would be coming out and I wanted everyone in the universe to know about it. (So, like, all 20-40 of you regular visitors.) I wondered how I could spread the word about Roxie Watson, and then I realized any idiot could start a blog. And here we are.

I've talked about Roxie Watson a few times before. More specifically, I wrote about Sonia Tetlow, who plays banjo on the album. All five members of this "alterna-grass" band pull songwriting duty. 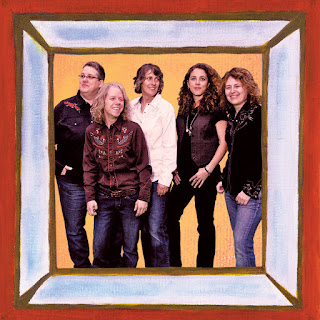 Roxie Watson is essentially a supergroup of veterans from the Atlanta women's rock scene -- they recently opened for the Indigo Girls and Amy Ray. The experience they've had accompanying each other -- in addition to their natural chemistry -- is clear on all of their songs. The quintet sings and plays as if they're of one mind.

The album itself emphasizes hope and strength in the face of all odds. Goodness knows we could all use that extra strength right now. However, Roxie Watson never comes off as strident or earnest. It's as if you had some of your old friends hanging out on your porch -- an affect I know the band was trying for and ultimately succeeded them. We've got songs about coal mining, break ups, love, and Georgia's ridiculous blue laws. (Though I gotta say, it's hard to top Pennsylvania when it comes to arbitrary rules about the sale of alcohol.)

But this album. Lie on the bed. Hit play. Close your eyes. Think of the good times you've had and the better times you're about to have. That's what Roxie Watson wants you to do. This album is the perfect medicine for a wounded heart.