The Only Sons -- When The New Wears Off

The Only Sons caught my attention with their first album, Steel Hearts (which you can download for FREE from their site.) It certainly sounded like a first album. Though there was plenty of drive and lots of great hooks, I felt like something was missing and I kept listening to figure out what that was. Sometimes the meter was a little awkward, or there were too many tempo changes in one song. The band was trying to do too much at once, but even so the results were still better than most artists who have all that stuff down pat. Can you really fault anyone for being overly ambitious? 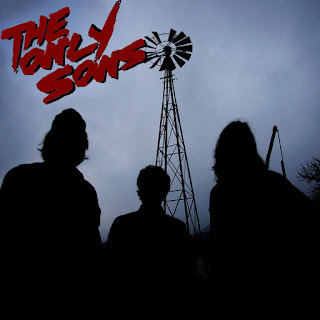 The Only Sons have fixed all of these mistakes and then some. The band is much more self-assured on this album. Where I hard a time keeping any of their songs from Steel Hearts in my head, I'm having a hard time not humming When The New Wears Off all the way through. Also, the album's just plain fun.

I posted "Bully" about a week ago, and if you liked that song you'll love the rest of the album. In general the album is about growing up, loyalty, and life on the road. In my opinion, the songs in that latter category are the weakest ("Claim to Fame" and "Southern Boy") but the rest of the album certainly holds up with or without them. This is definitely not a sophomore slump record by any means.

The Only Sons -- Official
Posted by Rachel Cholst at 10:37 AM

Email ThisBlogThis!Share to TwitterShare to FacebookShare to Pinterest
Labels: free music, The Only Sons