I have to admit, I was a little nervous -- I wasn't all that into their most recent release, Fearless. As I mentioned earlier, the band's sound has certainly changed over its twenty years of existence - and I'm still ambivalent as to whether I like that change.

I finally realized what's different, though. And I know the band is going to read this, so please take it in the spirit of honest feedback. Cowboy Mouth knows what makes this band successful: they put on a live show unlike anything anybody else is doing. Period. Again, as I've mentioned earlier, it's a happy, sloppy, moshpit of joy and abandon and companionship. I am constantly surprised by the age and racial diversity of folks who come to the show. 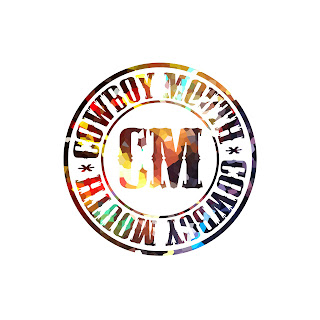 And I feel like the last few years' of new material has basically been written to cater to the concerts. Most of the songs on this album are short, catchy, and primarily based on simple rhymes that you sing along to even when you're shit-faced.

But catchy pop tunes isn't how the band kept afloat after "Jenny Says'" success back in 1995. It was through strong, creative song-writing. And frankly, the songs on This Train should not be representative of veteran songwriters like Fred LeBlanc (who, unlike past albums, seems to be the only writer on this one.) -- particularly with songs like "Watcha Gonna Do?", "How Do You Tell Someone?", and "God Makes the Rain," in his repertoire. I'd love to see continued growth and maturity from Cowboy Mouth's songwriting -- I promise, we're not going to go anywhere while you're still tinkering.

That being said, This Train is a huuuuuuuuuuuuge step in the right direction. In spite of a couple of rather forgettable songs (like "Drama" and "Saturday High") this album has taken a decided shift towards blues rock -- and I think we all know I'd be the last person to complain about that. "This Train," the album opener, is a blistering fistful of the energy and passion Cowboy Mouth brings to every show. The canned crowd cheering at the end is a little cheesy, but I'll allow it. Overall, the album provides some more foot-tap-worthy songs that celebrate the joys and sorrows of life. It's also nice to see a few more love songs here than is typical of the band's output.

At six bucks, it's not a bad deal. Check out some of the songs for yourself below. You can buy the album from their site.

This Train
Rock and Roll
Be Alive Tonight

Cowboy Mouth -- Official, Facebook, Spotify (Be warned -- there are a couple of bands out there with the same name and they're all listed together.)
Posted by Rachel Cholst at 9:17 PM