I'm just gonna put it out there that it took me a good long while for Amy Ray's latest release to sink in. 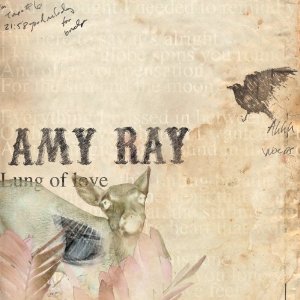 Here's the thing: I like the Indigo Girls, but I always prefer Amy's songs to Emily by an almost oceanic margin. But I had a hard time getting into Lung of Love. As I listened to it again in preparation for this review, I realized why. The Indigo Girls are very subtle. Sure, their songs are fairly epic, but that's because there's so much going on that we don't realize: a perfectly executed lick here that complements some clever wordplay here.

Lung of Love is, comparatively, a punch in the face. The melodies in these songs will stay in your head for weeks. (Believe me -- that's why I decided I should give the damn thing yet another listen.) The music itself is spare, forcing us to pay attention to Ray's muscular lyricism.

"The Rock is My Foundation" is my favorite song on the album, though it was a tough race. Ray's knack for mythologizing the American landscape is in full force here: a barnstomper that likens the Holy Trinity to a revival band.

Final verdict: it took me a while but now I can't get it out of my head. There's not a bad song on here. It should find its way into your music collection if it hasn't already.