In a word, Pansy Division is an exercise in crassness. 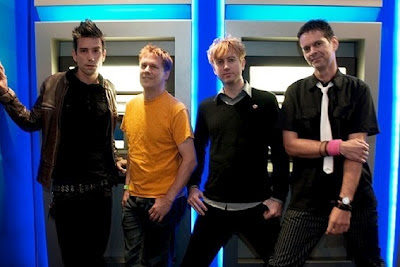 But as one of the first openly out queer punk rock bands, I'd say they earned that right. Coming out (so to speak) in the early '90s, they had to dispel stereotypes about campy gay men.

Their ouvre exclusively deals with the trials and triumphs of what I imagine it was like to be a gay man in the '90s. Unfortunately, few of these experiences are different from what we face today: the fear of AIDs, political repression, cultural anathema (though that's clearly less bleak than it was back then), and romantic foibles.

But the boys at Pansy Division did what most LGBTQ folks do: laugh it off. Whether it's in the blistering bitterness of "Denny," or the 60s pop of "Groovy Underwear," the draw here is Pansy Division's deft wordplay. "A Song of Remembrance For Old Boyfriends" reveals their surprisingly poignant side.

Denny
Groovy Underwear
A Song of Remembrance For Old Boyfriends