This is my reaction to Hero Jr.'s debut album: holy shit. 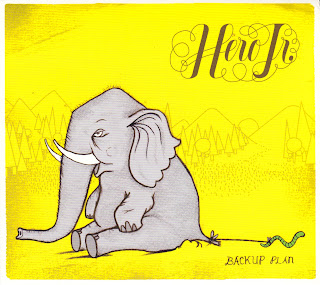 The debut track, "Ann Boleyn" is worth the price of admission alone. I picked the other two songs featured here basically at random -- there is no dead weight on this album. Each song is a powerhouse of hook-laden melodic rock. It's the magical blend of '70s groove, '80s brashness, '90s hooks, and millennial pop.

Considering the volume of music I listen to (and the metric tons of other things occupying my mind), it is an Olympian achievement that Hero Jr. has been a constant earworm since my first spin of the album. In short, it's unforgettable.