The Delta Routine's third album begins with a bold promise: "I won't waste your time."

And the band delivers. Clocking in at 35 minutes, Cigarettes and Caffeine Nightmares is a kick in the pants of blues rock, garage rock, power pop, and America. Brash and irresistibly fun, The Delta Routine refuses to allow you to be in a bad mood by the time the last notes on "People Like You" ring out. 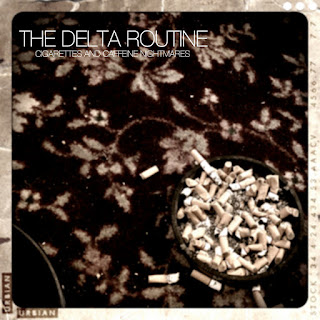 You don't want to sleep on this album. The Delta Routine is here to stay. Hopefully it's only a matter of time before they get the appreciation and following they so richly deserve.

The Delta Routine -- Official, Facebook
Posted by Rachel Cholst at 3:00 AM

Email ThisBlogThis!Share to TwitterShare to FacebookShare to Pinterest
Labels: The Delta Routine