Apologies for the lack of updates -- I moved recently. But don't think, dear readers, that I forgot about you!

Here's a band I've been meeting to write about for a while now. Hailing from Chicago, Jenny Dragon brings a unique sound to the table. 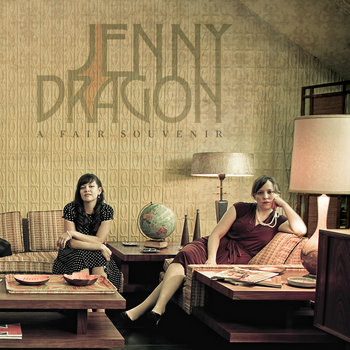 The band describes itself as "Heavy Whimsy." Basically, if you took a supercollider and filled it with doo-wop, country western, tango, blues, and '20s jazz, you'd have yourself A Fair Souvenir (see what I did there?) The only song that's really "heavy" is the final track, "Jenny Dragon," in the band which takes itself much more seriously than in the rest of the album (and, for that reason, is a weak note to end on.) Jenny Dragon is at their best when they're having fun.

Maybe running that supercollider will create a black hole, Large Hadron Collider-style. But I don't care. Because I can't help getting sucked in to Jenny Dragon's tunes.