A quick disclaimer -- I've only listened to Grisly Hand's most recent album twice. My Internetz are on the fritz right now.

But twice is enough, really. I've already told you that Grisly Hand is amazing. Country Singles shows the band's versatility to their advantage. They've definitely expanded their sound since their initial Western Ave. EP. 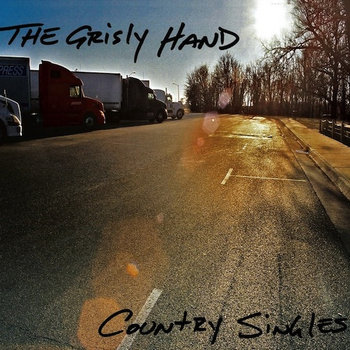 Country Singles has it all -- flings, relationships growing, relationships crashing and burning; recklessness, revenge, despair; country, blues, ballads. Some songs have a poppier slant than others (including the title track), but that just cements The Grisly Hand's proper place among the successful, touring neo-roots acts the kids love these days. I'm waiting for the day the band hops in one of those sixteen-wheelers and heads east.

The Grisly Hand -- Official, Bandcamp, Facebook
Posted by Rachel Cholst at 3:00 AM

Email ThisBlogThis!Share to TwitterShare to FacebookShare to Pinterest
Labels: The Grisly Hand