If her voice doesn't get you, her lyrics will.

This is a quiet album. Don't expect any flashiness here. But that's because Mure doesn't need flash. She's confident in herself and she has every right to be. 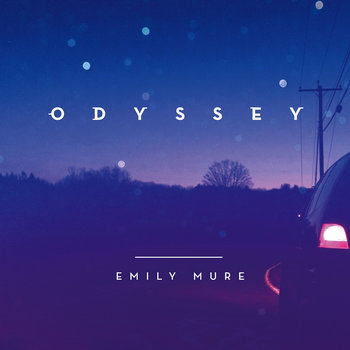 Odyssey is muted and contemplative, but it's not without emotional pull. Mure's smoky voice and spare arrangements make for an arresting combination. It helps that she's classically trained and has studied music for pretty much all of her young life. She picked up a guitar in college, fell in love with Irish music, and never looked back.

There's a bit of a Celtic breeze blowing through these acoustic songs, but for the most part they belong in folk music alongside artists like Ani DiFranco -- introspective, unorthodox, and powerful.