It's strange to think that M. Lockwood Porter is roughly my age. You wouldn't be able to tell he's in his mid-twenties just from listening to his songs. There's a lived-in quality that only comes from being a seasoned road warrior. But that's not so surprising -- according to his interview on Ninebullets, Porter's been playing around the Tulsa scene since he was a teen, playing with none other than John Moreland himself. 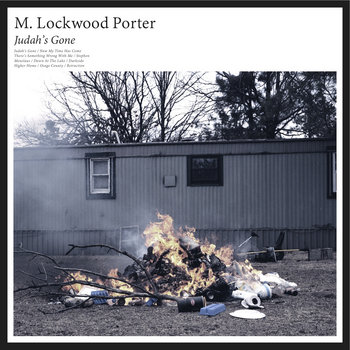 Like Moreland, Porter's music has a strong classic rock influence. But that's where the similarities between the two stop. Porter seems most in his element with tunes that sound like they could have been sung (and penned) by Neil Young. Lockwood occasionally switches things up stylistically -- "Tonight" is more of an indie rock song and "Darkside" very much pays homage to Porter's Okie roots. These changes felt a little erratic to me -- I don't have a good explanation for why. It's just that Porter's so at home doing his '70s folk thing. That being said, "Tonight" is my favorite song on the album -- it captures the loneliness found in his other songs and transforms it into a more frantic energy, which I guess is where I'm at right now. Throughout all of his songs, however, is a surefootedness that comes from an artist who is truly confident in his work. Judah's Gone is not an album to sleep on.

Lastly, a housekeeping note: I'll be adding a new category to the top of the page (once I figure out how to do it.) There's a lot of great music out there that's almost free (unsurprisingly, the Free Music tab is one of the most frequently visited tabs here.) Any album that's less than $10 will be put in this category. Judah's Gone costs as much as two cups of coffee. Dig it.