I post a lot of music that I like up here, but there are some bands that make me happy that I'm a music blogger. Otherwise, I wouldn't have heard about a band like Butchers Blind. 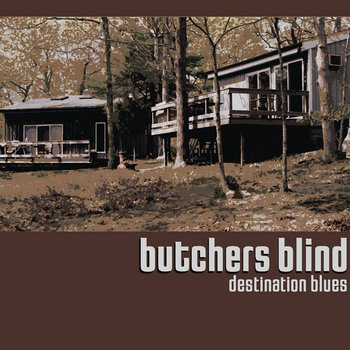 If bands like The Gin Blossoms and The Refreshments captured the ennui of rust belt America during the first wave of the '90s, then Butchers Blind presents us the apathetic melancholy (see what I did there?) of the urban twenty-something. Minimal to no prospects, mounting debt, and environmental catastrophe.

But at least they use a lot of the same riffs as the other guys.

Really, this album is fucking bleak. I was listening to it while putting together my course about activism in history and this little number came on:

I wanted to head-desk right there, but I was in the middle of a coffee shop.

Destination Blues follows in the footsteps of the alt-country greats. I have a feeling that, pretty soon, Butchers Blind will be able to count themselves on that list.

If you're in the NYC area, check out Butchers Blind's release party at the Mercury Lounge. I'm looking forward to seeing you there!

Burn Up Bright (Lower East Side)