It's an album called Beergrass by a band called The Mother Corn Shuckers. It's pretty much what you'd expect. 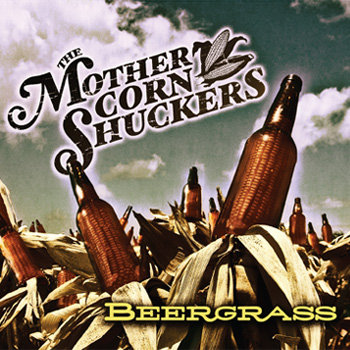 That's not a bad thing. Repeat offenders here on A&T, this surferbilly collective is all about having a grand old time. This album is much more a statement of the Corn Shuckers' mission, as evidenced with songs like "Dunegrass" ("Ain't got no bluegrass/Beneath my feet/I just got that dunegrass/And the deep blue sea".)

So much of Americana is so fucking depressing. Take a shot of something refreshing and imbibe Beergrass.

The Mother Corn Shuckers -- Official, Facebook, Bandcamp
Posted by Rachel Cholst at 3:00 AM