Ali Holder's latest release is as mystical as its title, In Preparation For Saturn's Return. It's a bildungsroman (no, I wasn't an English major.) The title refers to an astrological term, in which it supposedly takes around 27 years for Saturn to return to the spot in its orbit that it was at the exact moment of your birth. Holder titled the album in honor of her upcoming birthday and the completion of her master's degree in arts education, marking a new phase in life. (PS - Fuck yeah, teachers!) 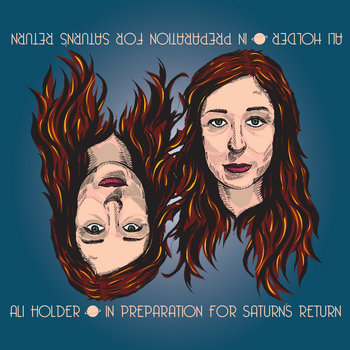 Saturn's Return is a little miracle all of its own. Though all of the songs are effortless in their execution, grace, and beauty, my favorite is the haunting duet "I Saw a Wolf," which is as accurate a love song as any. Because let's face it, as happy as falling in love can be, there's also a secret dread to making yourself so vulnerable and a predatory sense of satisfaction in making your fantasies a reality.

Or maybe I need to get over my weird Puritan streak.

Either way, this album is gold.