I hope you'll forgive me. I've done a terrible thing.

To say that it's one of my favorite albums of the year should mean a lot, because it's been quite a crowded field. 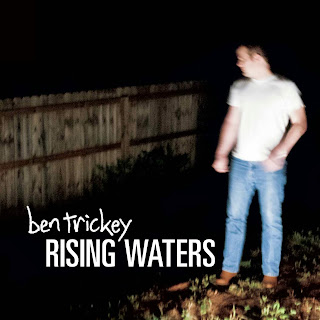 From the first strum of the strident opening track, "The End Of It All," the sense that this is an album that will Matter is palpable. The first few songs on Rising Waters bear apocalyptic portent, but it never turns maudlin:


Maybe it would've come out differently if this were a one-man-with-a-guitar-affair, but Trickey, who has shared the stage with Jason Isbell, Damien Jurado, and Horsefeathers, brought a band along with him this time. The slow crescendo of piano, fiddle, drum, and cello create warmth and a sense of determination that negate the bleakness in the lyrics.

Whether or not the subject matter is the end of the world or the end of a relationship, Trickey's vibrato sounds like the fate of the Earth rests on whichever note he'll land on. But the grit in his words and singing tell us that everything is going to end up okay.