What do you do when you're a British ex-pat killing time in a subarctic, Northern Chinese factory city?

Why, you build a diddley bo out of a skateboard, distort the living fuck out of it, and start a punk rock band. 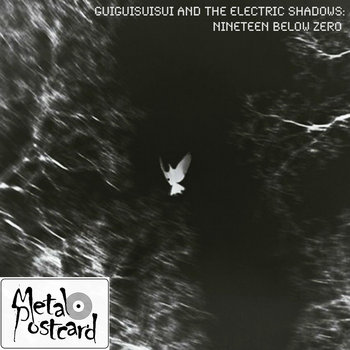 鬼鬼祟祟 (it means "sneaky" in Mandarin) is by far the rawest, nastiest, blood-curdling punk blues I've had the privilege to listen to since starting this blog. With all due respect, Left Lane Cruiser and the Black Keys wish they had something on this guy. I am hopelessly in love and I wish this EP was longer than three songs (whatever Gui Gui Sui Sui is doing out there, he'd better be making a metric fuckton of money and he'd better use it to make more music.)

Here's what Gui Gui Sui Sui had to say about his live album (which I assure you will be reviewed here post-haste):

This is record is intended to be an account of the informal network of the Asian underground music and arts scene. The spirit of Doing It Yourself is strong and there are opportunities for anyone who wants to make or enjoy art sustainably, for love not for profit, to really have a go at it....

The message I want to impart is to participate and support: make a band, make a video, make a zine, make a poster,make a record, take some photos, book a show, book a tour. Please, don’t spend $200+ to see some living corpse of a stadium rock act, lurching out onto a stage with their zimer frame to claw in more cash they don’t even need, to pay for their fleet of yachts or fifth castle, butchering songs they gave up caring about long ago. Instead take that money and go to ten DIY’d shows by local independent artists and touring acts.

I was interested to read his namechecks of bands across Asia, including Fukuoka, a Japanese city that I had every intention to visit when I lived there but never got around to. The stereotype is to think of Asians as conformist and status-obsessed (it's understandable. They're finally feeling the flush of postwar prosperity after decades of reconstruction. I never blamed my peers for a second on their ostentatious spending.) I had a hard time finding counter-culture in Nagoya, but I also didn't know where to look for it (I am, after all, an Uptown Girl.) I knew it had to exist somewhere beyond Tokyo and Kyoto, but I guess Nagoya was too flush with Toyota money. I'll be looking into those Japanese bands and reporting back to you. In the meantime, enjoy something truly unique and fresh from a surprising corner of the world.