This afternoon I received a number of solicitations from electronica and spoken word musicians. Come on, guys. Maybe you should like, READ, the publications your sending your stuff to?

But considering that's been the most annoying part of my day, I'd say life is good.

And it's about to get better, because I get to tell you about Kally O'Mally's latest release. 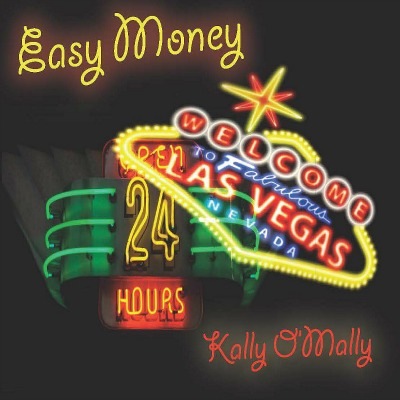 Easy Money is a concept album about one woman's physical and emotional journey through the Southwest. O'Mally's got the voice of a country diva, and it soars through her musical exploration. The album is 100% funded, produced, and owned by O'Mally, and her sense of ownership is pervasive throughout the album.

That being said, Easy Money, made me realize that I profoundly do not care when (straight) women sing about the guys who've done them wrong. I know it's messed up. I know it's probably some kind of weird misogynist streak I have. But...I just can't. Unfortunately for me, many of the songs on Easy Money are about just that. However, songs like "Don't Cry" and "New Dawn" pick up what is, for me, emotional slack. They practically vibrate with energy and hope. Because as boring as breakup songs may be, I'm all about ladies who pick up the pieces and take care of their shit.