Marshall Artz -- To Be Continued

As I've mentioned before, it's really an honor and a privilege for musicians from all over the world to send me their stuff. Every day. I'm constantly surrounded by new music. It's pretty great, but sometimes you get tired of a barrage of new stuff. Sometimes you just need a palate cleanser. 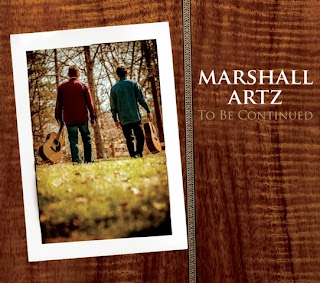 Marshall Artz is an acoustic duo from Virginia. They revel in all things Americana -- blues, bluegrass, folk, country, it's all there. Both Marshall and Artz are truly gifted guitarists. While many of the songs on To Be Continued have vocals, the duo truly shines on their instrumental tracks. To me, they're better at communicating their ideas musically rather than verbally. I listened to the album before reading the press materials, and, frankly, I was surprised that there were only two guitarists in the group. The instrumentals are lyrical in a way that truly transcends words.


Shadows Against the Wall