When we last left our hero, Adam Hill had just written a tasty little country rock album called Banjo Moon, but he had become so frustrated by the music biz he was thinking of calling it quits.

I've often thought about Adam's blog post as I try to spread the good news of rock and roll throughout the Internet. Fortunately, Adam's still a member of the flock. However, the emotions that, I'm sure, prompted his self-doubt continued to linger and make Little Time a more somber affair than Banjo Moon. 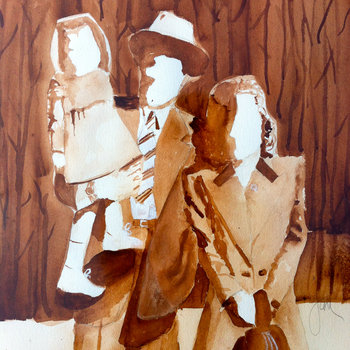 But what's constant is Adam's honesty and his knack for combining strong melodies with lyrics that wrench your arm back and force you to pay attention. This is definitely an album for tea and an autumn twilight.