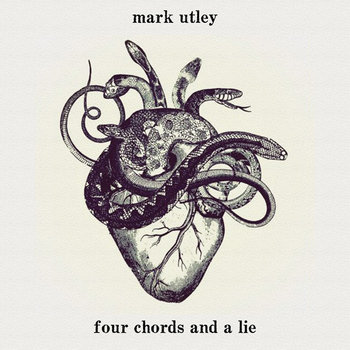 Four Chords and a Lie is more solidly country than any of the other subgenres Utley likes to draw upon. All ten of these songs feature a charm and confidence that's downright persuasive. "Not All Right Together" makes me want to make a bad decision, and "Little Black Dress" presents a very solid case for why bad decisions are often good ideas. The mellower songs, like "Blackbird on a Wire," add enough poise to the album to keep it from becoming sleazy. Four Chords and a Lie came out over the summer -- if you haven't had a chance yet, you should pounce on it now.

UPDATED: I kept confusing Beloved with Magnolia Mountain's third album, Town and Country. I was corrected by Mr. Utley himself!

Mark Utley -- Official, Facebook, Bandcamp, This Is American Music
Posted by Rachel Cholst at 3:00 AM