As much as I love lesbian culture blog Autostraddle (particularly their Sunday sexy tumblr roundup), I usually give their music articles a wide berth. For the most part, it's hip hop and electronica and the usual hipster claptrap. They even admitted as such (though, you know, proudly) when they opened up a position for a new music writer (guess who didn't get a callback?)

But one day (September 25, approximately), as I perused the site for the aforementioned sexy tumblr pictures, I came across these chilling words:

"Did you know folk punk is a genre?"

Why is that a problem?

Because lesbians gentrify everything. Let's face it. If lesbians think it's cool, the mainstream will follow suit. We're in ur menswear stores, modeling your clothes. We're in ur neighborhoods, gentrifying them so you don't have to (Park Slope ca. 1980, anyone?) We're even in ur politics, running red-state cities, supporting dictatorial mayors, and even marrying mayor-elects.

And then everyone follows suit.

So are we gonna bring folk punk back? 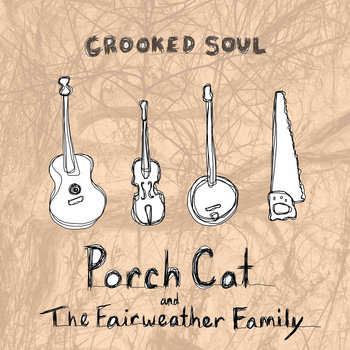 Meh. I dunno. But Porch Cat and the Fairweather Family sure make pretty noises.

Porch Cat, et. all have a down-homey feel that ingeniously masks their devious lyrics. It's obvious to anyone with half a brain that these cats (ha. I'm smart.) have a great time playing together. My hands-down favorite of the album is "Devil Called My Name," just because it ventures to be bold. The rest requires a little more digging, which is very much worth the effort. You can name your price on Bandcamp, and while you're waiting for the download, you can read Autostraddle's interview with Porch Cat here.


Porch Cat and the Fairweather Family -- Facebook, tumblr, Bandcamp
Posted by Rachel Cholst at 3:00 AM