As I've mentioned earlier, I have a rather lengthy "to do" list of music. That means that by the time I get around to writing about something, it's been about two months since I listened to it. Sometimes I say to myself, "Why the hell did I agree to this? Ugh. Might as well see it through."

But it also means that my "seasons" are a little out of whack.

See, Ryan got in touch with me in late September. We had a bit of an Indian summer here in NYC. His San Francisco-tinged acoustic punk was perfect for watching the shadows get longer as fall approached. 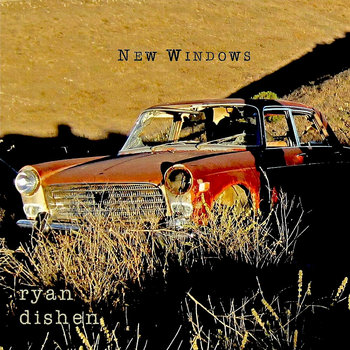 Now winter is coming a bit prematurely (going down to 30 tonight? WTH?) but Dishen's work still fits the mood. It's a little melancholy, but it won't single-handedly give you SAD.

What's interesting to me is that, unlike many musicians who'd label themselves as folk punk, Dishen straddles the line quite easily. The lyrics and guitar work are very much rooted in country, but Dishen's voice can't exist anywhere outside of a punk rock club. The juxtaposition gives his songs -- which are finely crafted in their own right -- a sense of tension and urgency that lift them beyond the typical reformed rocker fare.