Collisionville -- The Revenge of Two-Gun Pete

I know that things have become a little mellow around here. That's why I was thrilled to come across Collisionville. From the first crash of symbols and distorted guitars to the last, I was hooked. 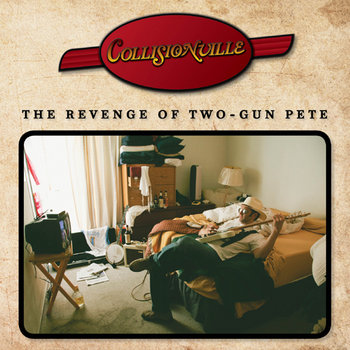 With a flare for the dramatic and the intensity of a hardcore band, Collisionville makes some fine rock'n'roll. The album is based on lead singer Stephen Pride's own family history. Apparently, his grandparents bullied the great Hank Williams himself as a kid. The album captures Williams' angry spirit...or you can ignore the backstory and enjoy the ride. According to the band's website, this is Collisionville's first commitment to incorporating country and blues into their sound. I think it's definitely working out for them.


Collisionville -- Official, Facebook, Name your price on Bandcamp, CDBaby
Posted by Rachel Cholst at 3:00 AM