This past Saturday I went to a lesbian dance party in Brooklyn.

Bear with me. This will be relevant.

At one point I turned to one of my friends and said "What [on earth] is this [sugar honey iced tea]?"

It was too loud to do anything other than raise my eyebrow. For the record, cumbia is a South American genre of music that combines African dance beats and Latin instrumentation. While cumbia is primarily defined by its percussion style it consists of outdated features like"melody" and "rhythm." What we were dancing to (ok, I was white girl swaying to) a kick drum, dubstep bass line, and what may have once been a vocal sample before it was distorted beyond recognition and put on a 2-second loop ad infinitum.

While striking out that night was a blow to my carefully cultivated ego, the most profoundly depressing part of my Saturday was talking to more than one [good-looking] person who approved of the music is a legitimate form of artistic expression.

I have concluded that I will die alone up here in central Harlem, surrounded by the twenty cats I will collect. But at least I'll have hundreds of lonely sad bastard songs to keep me warm.

Fortunately, Old Cabin have loneliness and melody in spades. 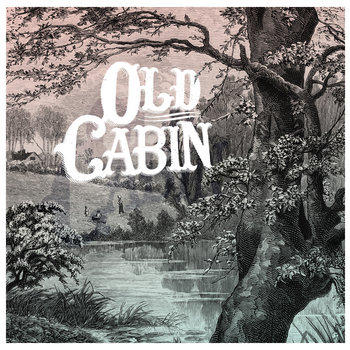 The Yukon-based band show an astonishing amount of restraint on their debut album. What struck me most about this album was the band's minimalist approach to folk and Americana. The band has stripped these songs to their bare essentials, giving them a unique yet timeless sound. "Sandstone Daughter" and "Lighthouse" could have come from anywhere in the vast midwestern plains of North America, while "Good Days Bad Days" seems like it drifted to us from the '70s on a magic carpet of spaced out vocals and shimmering guitars.

To me the standout moment is somewhere towards the middle of "The Cave." After singing "Don't give up on us" for the umpteenth time, the music abruptly stops. In any other band, the singer would have sung or screamed loudly, passionately, and that would have been an understandable artistic choice. But Barr is too smart for that. Instead, he allows the silence to illustrate the emptiness and exhaustion that accompanies a dying relationship.

Old Cabin is a remarkable little album. Definitely give it a listen.