In case you missed it, the Daily Beast named me one of the best music blogs on the Internet! (Or if you came here from the site, welcome!)

Howard Wolfson had some nice things to say about the blog. He pointed out that I tend to go for a "twangy, lonesome" sound.

Fact is, I've been wanting to move away from that for a while. I started this blog to discover (and help others discover) the kind of rock that gets your blood pumping, that has a "if I can't set the world on fire I'll rule the ashes" attitude.

Porter and the Pollies bring it. 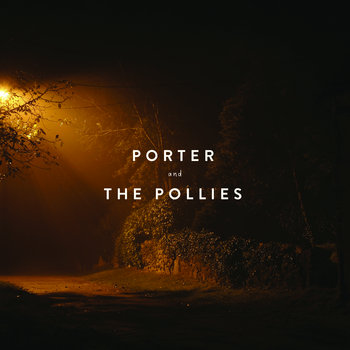 If you've been here a while then you're already familiar with this ensemble. This seven-song EP is the product of a sad, drunken recording session with Chris Porter from Some Dark Holler and Muscle Shoals supergroup The Pollies. The songs were recorded live and, I suppose, in one take. The band deigned to clean up the mixes to leave the songs as raw and messy as when they were recorded. The album absolutely sounds like a rowdy concert. If it doesn't get your fist in the air, nothing will.

Email ThisBlogThis!Share to TwitterShare to FacebookShare to Pinterest
Labels: Some Dark Holler, The Pollies