Erica Blinn and the Handsome Machine -- Lovers in the Dust

This is a week that's made me consider moving to Columbus, OH. First of all, there was Lydia Loveless's explosive new album, then I saw Two Cow Garage last night -- an am looking forward to seeing them again on Sunday. And now there's Lovers in the Dust by Erica Blinn. Is rock'n'roll (especially a preponderance of badass ladies with guitars) and fast food chain test kitchens enough of a reason to move to a place? 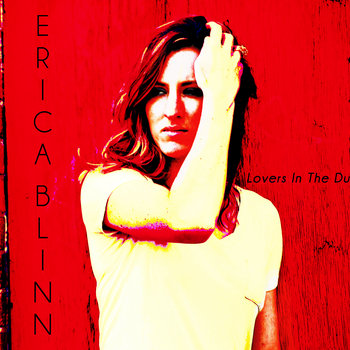 Blinn describes her music as heartland rock, and that's really the best route to go here. There's enough twang to establish her Americana cred, but Blinn's just a little too aggressive, a little too blunt, to play the coy country cowgirl. That's not to say she's not graceful or witty; she just doesn't have time for that shit. And neither do you. This is the kind of album that's more a crystallization of the live show: Blinn and the Handsome Machine are here to have a good time and knock back a few. Lovers in the Dust exists to get you primed for the party.