This afternoon my kids begged me to play Pandora while they worked on their writing. As I switched around the station presets, an older Black Keys song came on. They wanted to know what it is, exactly, that I listen to. They disliked it because they are heathens (today's new vocab word.)

But all I can say is Rubber Factory-era Black Keys have nothing on the Dex Romweber Duo. 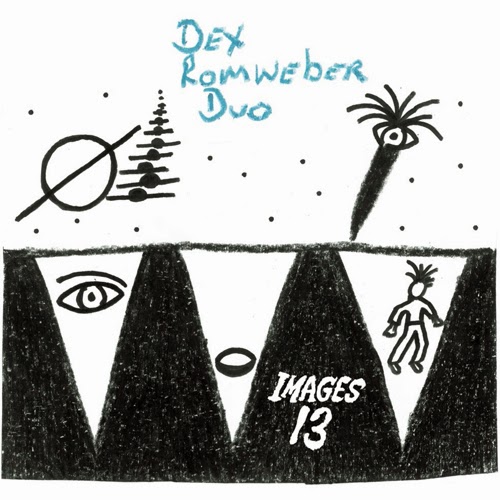 I've been paying attention to Dex Romweber out of the side of my eye for some time now. I thought he was more of an alt country type of guy, but Images 13 has disabused me of that notion. Romweber and his sister are actually pretty all over the place, with the psych blues growl of "Roll On," the Doors-influenced "Long Battle Coming," or the jangle pop ballad "We'll Be Together Again." It's a tour de force of twentieth century rock'n'roll with a sinister edge. It's very much one of a kind.