Don't have plans for tomorrow night? Me neither. But if you live in or near Columbus, congrats, I've booked your Friday. 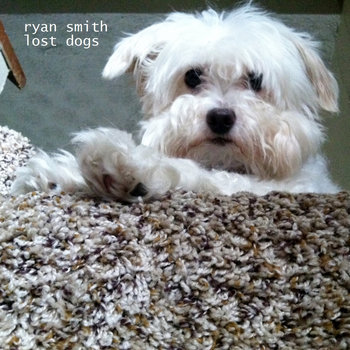 And he's bringing a cute doggy!

Lost Dogs showcases Smith's unassuming acoustic songs. But that's the thing about unassuming music...when it's really good, it suckerpunches you. Just like that little Maltese, Smith's musings on loss and mortality nibble at your ankles until you simply can no longer ignore them. There are a lot of reasons I'm jealous of people who live in Columbus (they all involve the local music scene) and I will be especially jealous on Friday night when you guys are enjoying Ryan Smith's EP release party.

Ryan Smith -- Official, Bandcamp
Posted by Rachel Cholst at 3:00 AM