One of the few pleasant memories I have of teaching my sixth graders last year was blasting The Highballers' first album (for some reason Spotify wasn't loading and it was the only music I had saved to my DOE-issue computer) and listen to the kids' weak protests. 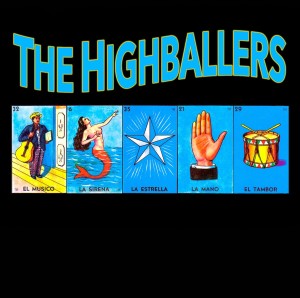 The Highballers returned for round two with more of the same kick-ass alt-country. While the band felt more traditionally country in their first album, The Highballers is rockabilly through and through and benefits with the addition (?) of female vocals supplied by Hope Hudson. (So it turns out she's a founding member of the band but I don't remember hearing her in the previous album. I guess she just nails it on this album.)

What else is there to say about a rockabilly album with a song called "I Need My Ass Kicked?" The Highballers are a class act (no really) and bring the fun back to alt-country.


King of the Plains


I Need My Ass Kicked

(EDIT: Ms. Hudson's been with the band since its founding. She has a more prominent role on this album.)

(SECOND EDIT: The female vocalist in the band is in, fact, Victoria Patchen and she sang on both albums.)
Posted by Rachel Cholst at 3:00 AM

Email ThisBlogThis!Share to TwitterShare to FacebookShare to Pinterest
Labels: the basics, The Highballers