I spent the last five days at Disneyworld. It was amazing, but by the fourth day I thought I was going to kick a puppy between the incessant repetition of the same seven Disney songs and the muzak they pipe in around the different parks to keep you from losing your shit. It made me want to listen to the most dark, most aggressive music I could find once I got home. I could feel my brain turn to jelly from all of the pop music.

It's neither dark nor aggressive, but Lance Howell's new album, Still Go On, is exactly what I needed to get my brainwaves back to normal. 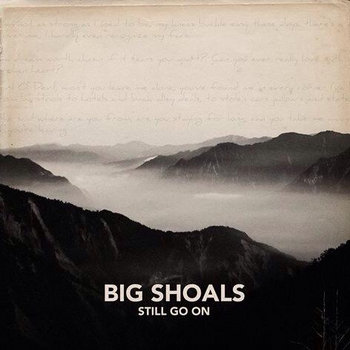 Still Go On features some of my favorite songs from Howell's previous EP, but this time he brought his band. The Big Shoals crank it when the occasion calls for it on tracks like "Devil O'Devil" and "Maybe Next Time." But the emotional weight of songs from the first EP, like "Tumbleweed Towns" and "Skipping Stones," are given added gravity with a few more people behind Howell. Still Go On is a reminder that the "real" America is not the sanitized fable Disney presents in its parks, nor is it the single-minded Amurka I saw in many of the park's patrons. (I've never been so happy to see a hipster as I was when I landed at La Guardia.) There's shades of gray, there's struggles with the pride, and for all of those moments in between, Still Go On will be there to restore my sanity.

Big Shoals -- Bandcamp, Facebook
Posted by Rachel Cholst at 3:00 AM