Natalie Salzman stands out in a crowded field of Americana musicians, partially because she plays classical harp. 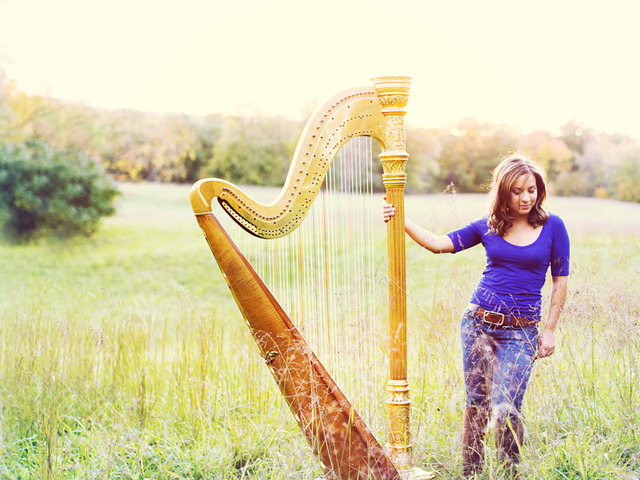 In the hands of a less able musician, the use of the harp in conventional-sounding Americana songs would be gimmicky. But Salzman knows what she's doing technically and in terms of songwriting. Instead of substituting other instruments, Salzman's harp floats above and around the range where you'd expect to hear a guitar or mandolin, giving the songs added harmonic depth. The songs themselves are solid. While most are beautifully written breakup songs, "To Have and To Hold" is the standout track for me: it's the first love song I've heard in a good long while that isn't precious or cloyingly romantic. It's about a serious commitment between two people, a vision of love that shouldn't be revolutionary but is. My only real complaint about Ebb & Flow is that it could use about 7 more songs.