Today's post is going to be a little unusual and a little long as I'll be reviewing two albums, so I'll be breaking it up into different sections. It's also the last post before I travel for spring break, so perhaps it'll leave you with some food for thought.

I hate Williamsburg almost as much as I hate Times Square, probably more.

You have to understand how deep and burning my anger must be for a native New Yorker to say such a thing. Everyone knows Times Square is the worst place on the planet.

Here is why I hate Williamsburg: it is the living embodiment of everything that is wrong with New York City right now, from gentrification to corporate greed to education policy. It is basically a trust fund baby college town combined with the original gentrifiers, who sold out and made bank in the tech industry (or banks) and swill organic fair trade kombucha and pretend they're still counterculture or something. Meanwhile, there are a few Puerto Ricans left who have managed to hang on for dear life.

I'm not blameless here. I don't live in Williamsburg but I'm living in a neighborhood that is 100% whiter than it was when I moved here six months ago. I wear plastic rimmed glasses, I have a penchant for chambray, and I've got an undercut. I listen to music that nobody cares about.

But Williamsburg. It's infuriating because people go there for "authenticity," for "real" art. But really what's going on in Williamsburg is a homogenized not-so-alternative culture that is fueled by Wall Street money, globalization, and free market-inspired housing policy that allows rent to skyrocket while working class families are displaced. (Fun fact: the increase in luxury housing in NYC is directly proportional to the increase in homelessness! Thanks, Bloomberg!)

In other words, bored suburban kids' search for the "real" New York is eradicating the very thing they seek: the hustle New York is so famous for. The rest of the world doesn't seem to appreciate that that's the real New York: an immigrant mentality in a city that at least used to be full of opportunity.

Williamsburg draws my ire because it pretends that it was never complicit in this process, that it still exists outside of it. In reality it's the worst and most arrogant perpetrator.

So let's talk about music.

NC Music Love Army -- We Are Not For Sale

While Mike Bloomberg was busy shaping New York into a neoliberal playground, the North Carolina legislature has taken a sledgehammer to leftist politics in the state. You may have heard of the Moral Mondays protests held weekly at the state capital. Occupy Wall Street was started by hipsters who thought they could make protest into an ironic joke. The NC Music Love Army uses music as a legitimate form of protest. 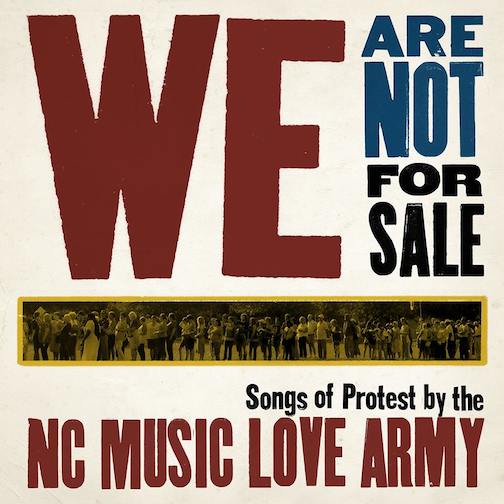 This album is awesome. It's a compilation of modern-day protest songs and it is, as my students would say, fi-yah. The album encompasses all kinds of genres of folk, including hiphop. In the grand tradition of protest songs, some of these are funny, some of these are strident, some of them are really fucking angry. I love it. They may have been created for the protests in North Carolina but they're applicable in any state. Including Brooklyn.

I get a lot of music from Devon Leger. When I received a folk album from a Washington native who moved to Brooklyn, Devon probably heard my eyeroll over the Internet. But most of the best music on this blog comes from Devon's suggestions, so I gave it a shot.

My first impressions were that Sarazin Blake is a truly gifted songwriter. These songs are warm and simple but richly textured and beautifully written. 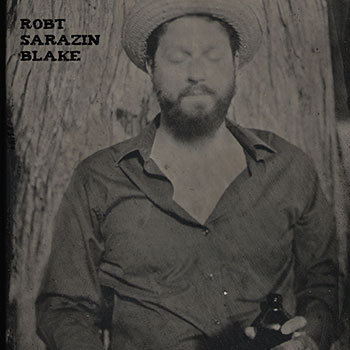 I was excited to write a review for this album, but then "Ghosts on Bedford Ave" came on and I had to drop everything and listen. (Bedford Avenue is the main street of North Williamsburg.) The final track on the album is a 13-minute, stream of consciousness meditation about political activism during Bush-era New York (which I was just becoming aware of) and the Williamsburg that existed before it became, well, Williamsburg. And it'll never come back.