The Blessed Broke -- Ladders Out of Purgatory

The Blessed Broke was one of the very first artists I reviewed on this blog and I'm incredibly excited to tell you how great their sophomore release is. 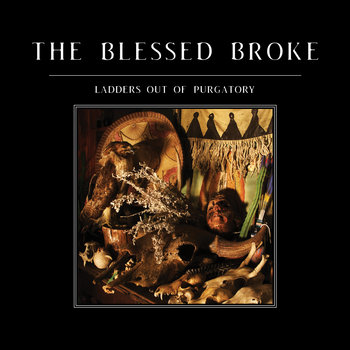 The first thing I learned from this album is that songwriter Brian Frame seems to live in a very creepy house.

The second thing I learned is that he's amazing at creating ambiance. The music on Ladders Out of Purgatory is forlorn but never bleak or maudlin. Frame's voice is weary to the point of breaking, guitarist Andrew Luker's wailing slide guitar adds some ghostliness for good measure, while Josh Mobley's keys and Matt Richey's drums add an air of haunted finality to the business. It's worth mentioning Betse Ellis's contributions on bass and vocals; I already told you I think she's the best so I was pleasantly surprised to see her name here. Maybe Kansas City isn't as desolate as Frame makes it sound.