The Library Is On Fire -- Halcyon & Surrounding Areas

The Library is on Fire does not have an official website but they do have a Wikipedia article. Here's what it says:

The Library is on Fire is an American indie rock band formed by singer/guitarist Steve Five in 2007. Their sound has been described as art punk. The band originally began from a manifesto of the same name written by Five. Five took the name from a poem by French war poet René Char while working at Strand Bookstore....

If that made you throw up in your mouth a little, it's alright; you weren't the only one. 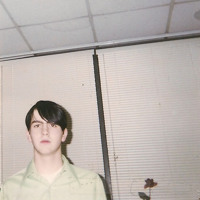 Whatever the band's origins are on paper, I can promise Halcyon & Surrounding Areas is not the usual hipster bullshit. First off, it's clear that Five is quite intentional with his compositions. "Fly On the Painting" features what I believe is a harmonica floating in, out, and around what would otherwise be a straightforward melody -- not something I'd thought you could do that with instrument. Five has got something to say and he put a lot of care into it. He's not some kid with a vaporizer, thrift shop keyboard, and GarageBand.

Secondly, this is not the "apathetic melancholy" (as Micah Schnabel so aptly put it) that often wafts across the Brooklyn Bridge. Yes, the lyrics are dense and literary, sometimes the point of obscurity. The urgent punk that supports the lyrics makes sure the emotions behind those words bleed through. "Art punk" to me means "pretentious lyrics with lazy use of power chords." That's not the case here. The Library on Fire makes finely crafted music with punk as a jumping off point.


The Library is on Fire -- Purchase from Official Site, Facebook
Posted by Rachel Cholst at 3:00 AM

Email ThisBlogThis!Share to TwitterShare to FacebookShare to Pinterest
Labels: The Library Is on Fire