The Porter Draw has got to stop hiding in New Mexico and make themselves known to the world. This is good stuff. 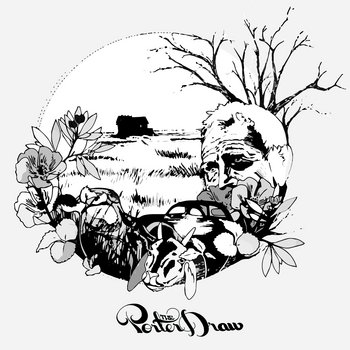 I have a confession to make: I've been taking a songwriting class. I didn't mention it before now because I didn't want to seem all prissy and overanalytical (I mean, more than usual.) For now I'm pretty terrible at it and I'll leave it to the pros, but one idea that we keep getting hit over the head with is the idea of detail -- that specificity actually makes a song stronger than leaving things open to the listener's imagination.

The Porter Draw is a great example of that principle. The first two songs, "Judgement Day" and "Softened Soil" are solid and certainly show off The Porter Draw's street cred. They are all over the map in terms of alt-country and they do each sub genre justice. But the rest of the songs on the album tell real stories: about farm life in the midst of urbanization and Monsanto, rust belt decay, murder ballads, playing rock shows, Bruce Springsteen covers...yannow, the usual. But The Porter Draw has an unsual ability to tell those stories. This verse from "This Town" pulls at my gut and I've never lived anywhere but in thriving cultural capitals:

The Porter Draw -- Official, Facebook, Bandcamp
Posted by Rachel Cholst at 3:00 AM