Another Dead Clown -- This May Not Work.

I don't think an album has made me want to see a band live more than Another Dead Clown's This May Not Work. This band has a manic energy and crazy inventiveness that oozes through the speakers. There's no way their live show isn't as goofy and rambunctious as the canned version. 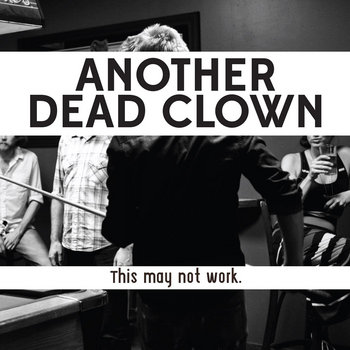 The band has existed in some form or other for the past ten years, comprised of a core of best friends and siblings. The songwriting is tight and features layered storytelling (notably in "Holy Fuck!!!" and "The Ghost of Frank O'Hara") but somehow the music feels like a bullshit session between some extremely talented musicians.

That's essentially how Another Dead Clown and they seem happy enough to make sure things don't get too serious. And that's where this band succeeds were so many other young artists (in my opinion) fail: at the end of the day heartfelt confessions of mistakes, fear of death, and bitterness sound really silly coming from a young person (I have a hard time taking my high school students' world weariness seriously, though they've got more grounds for it than I do.)

Another Dead Clown is honest about their feelings, but they don't act as if they're the first or last to feel this way. Their self-awareness is refreshing.

I should also add that their website is really entertaining (really.) Check it out and tell them I sent you. You can also name your own price for the album on Bandcamp.


Another Dead Clown -- Official, Facebook, Bandcamp
Posted by Rachel Cholst at 3:00 AM

Email ThisBlogThis!Share to TwitterShare to FacebookShare to Pinterest
Labels: Another Dead Clown, free music, the basics