There's some bands you can't help but follow. Call it sentimental value. I've been following Cowboy Mouth since I cared about music. After listening to their latest (fourteenth?) studio album, I felt a little weird. I couldn't put my finger on why. And then I realized it was because, for the first time in almost a decade, I enjoyed a new Cowboy Mouth album. 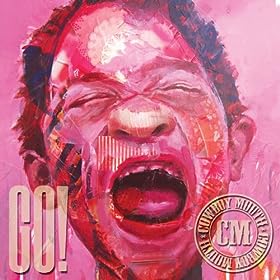 In a recent interview, lead singer, songwriter, and drummer Fred LeBlanc said he was as proud of Go! as the band's seminal albums, Are You With Me? and Mercyland. I'm not sure I'd go that far, but the fire that's been missing from Fred's writing is coming back. The lead single, "Dirty Little Secret" is one of Fred's finest in a while -- it combined Fred's love of the Clash's rapid-fire punk beats and the flavors of New Orleans. Likewise, "Mardi Gras by Moonlight," a tango that's a bit of an oddball on what's mostly a pop-punk album, brings to life the mystique of Fred's beloved hometown. However, the strongest song on the album is "Watch the Water," a lullaby for his young son.

I think that's the key. Even with (or perhaps because of) the emotional tumult in Fred and JTG's life these past few years, neither seemed to have much to say on Fearless and This Train. And although I gave This Train a positive review when it came out, it got wiped from my hard drive and I forgot it existed. Go! isn't as forgettable. While some of the songs, like the lead track, are a little pat (it pretty much says "I'm middle aged but I still want to have fun like a used to!"), there's an energy and investment on this album that I haven't seen in a long time. It's a great album to kick off the summer.