If the music posted in the last few days feels peppy and light, it's because this is all music I listened to in June. At the end of the school year. And now I'm getting ready to head back. That should tell you how far behind I've been on reviews, considering I've been posting two a day all summer. So even though this is early summer music, I submit that Christopher Bell is a songwriter for all seasons. 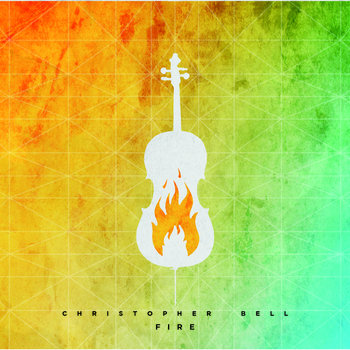 As much as I love country, if I was being truly honest the cello is my favorite instrument (pedal steel runs a very close second.) Bell plays the cello -- and nothing but -- on the album. OK. Now listen to some of the music.

Bell uses pedals to layer samples of his electric cello -- live -- in order to create his unique sound. On top of that, he's a damn fine songwriter to boot. Check out this selection from "Connect the Dots":

I'm a sucker for layered shirts
sci fi movies and any dessert
you're the only one to crack my shell
but tape it up and never tell
its easy to forget the nature of things
that we're both pimples, scars and pains
losing keys, forgetting dates
forget alarm, sleep in late.

I also find "Am I What I Think" particularly poignant. I'm sure it's a quandary that only becomes deeper when I'll get older, but I think Bell perfectly captures the agonies of a young person questioning him or herself and his/her legacy.

Fire is certainly a standout album and one well worth your time.