As I may have mentioned a ways back, I lived in Japan for a few months. So when I came back this summer, I wanted to spend some time off the beaten track. And so I headed to Kyushu.

Kyushu is the island just south of Honshu (the main island with a J shape.) If you want to get to Okinawa, you have to take a plane from Kyushu. Although Kyushu has a rich culture in its own right, it is truly the boonies -- complete with hicks and bumpkins. In Kumamoto, once the most powerful city in Kyushu and the site of the final rebellion against Western incursion in the 1800s, two different people pointed at me and said "oh, look! A gaijin!" In the words of Eminem, "you all act like you've never seen a white person before."

Kumamoto has plenty of things to see in its own right, I guess. But between the 100-degree weather and the hostility, I wasn't really having much of it. Wikitravel, however, told me of an annual country music festival at the foot of Mt. Aso, an active volcano. 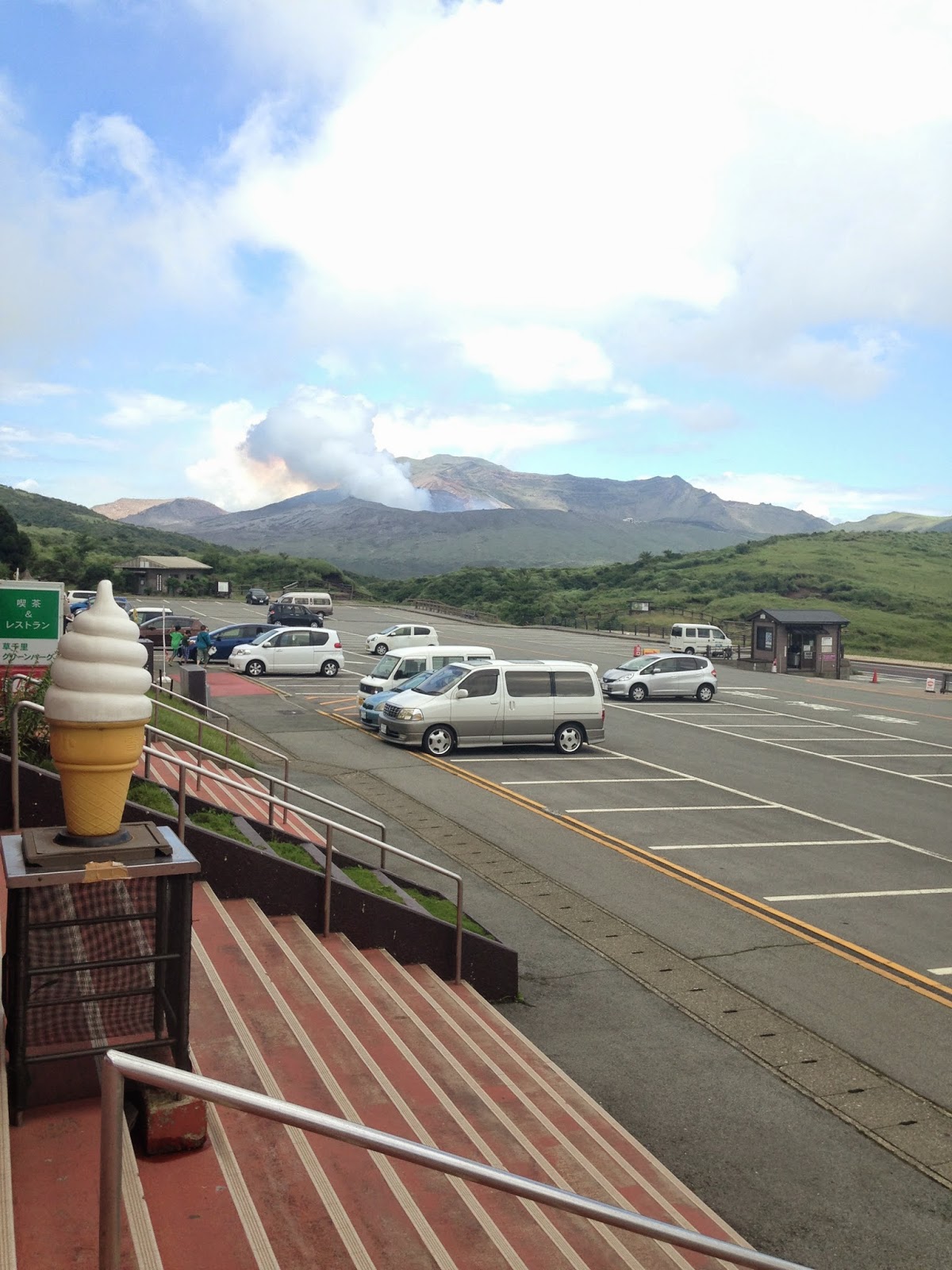 The night before, I had wandered Kumamoto's main drag, desperately searching for water, food that didn't have soy sauce in it, and maybe a little live music. As I walked in a dehydrated haze, I saw a sign for "Good Time Charlie's Saloon." This seemed like an odd coincidence -- maybe Kumamoto really is the south and more than one person loves country music in Japan?

I came back later that night.

Charlie's a country music enthusiast who organizes the afore-mentioned music festival. He speaks English (and Japanese) with a perfect twang. He and his band perform sets for anyone who's there seven nights a week. The bar serves Coors, Coors Light, custom-made Jack Daniels with his picture on it, and astonishingly expensive Coca Cola. 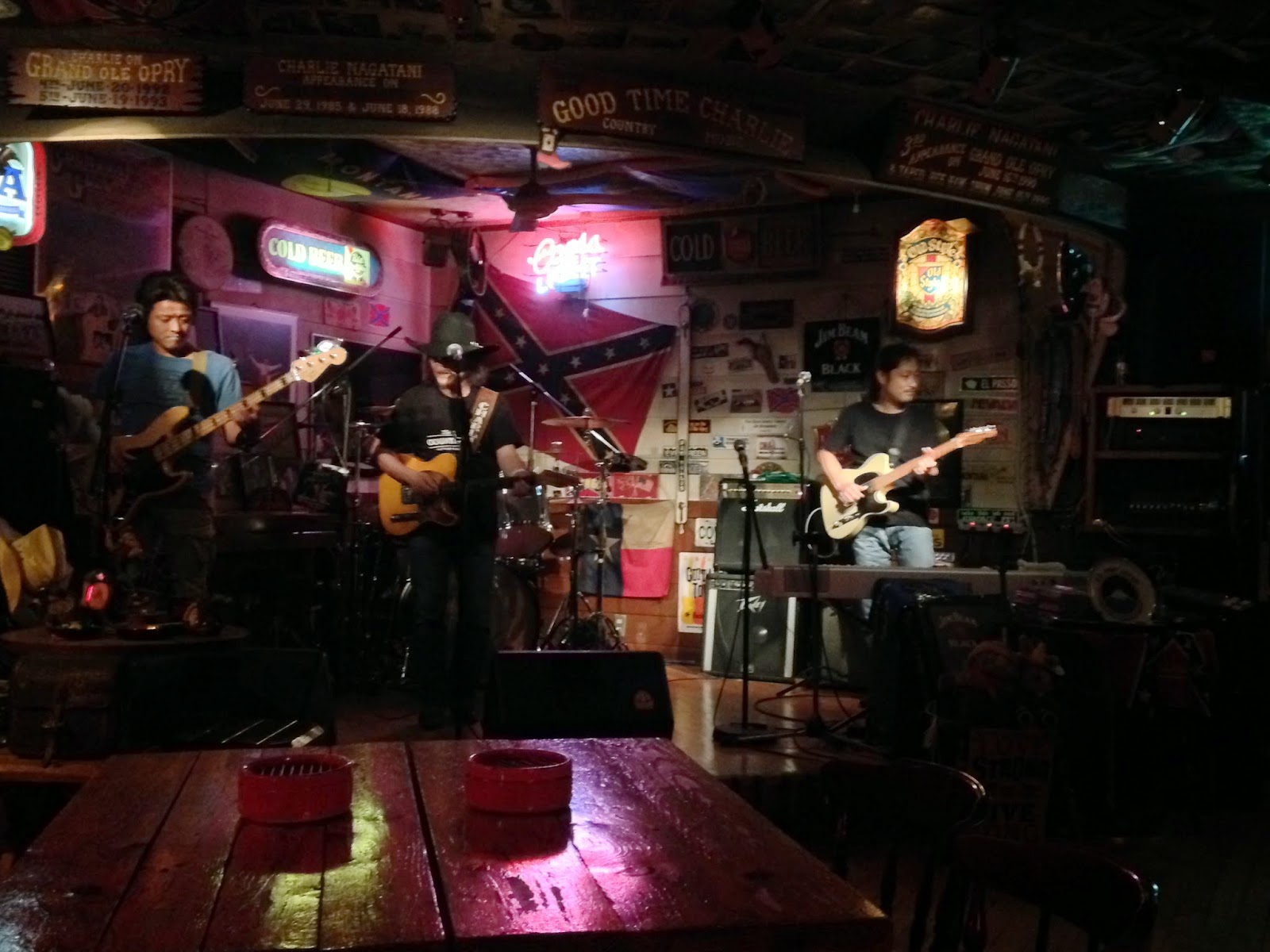 Charlie got his start in country when a friend of his on the US base introduced him to the music. He soon began touring US bases in Vietnam and Southeast Asia. He's been inducted into the Grand Ole Opry for spreading the love of country music, and was awarded a Presidential Medal of Honor by Bill Clinton for the same. The bar is plastered with souvenirs from Charlies tours of the American South and headshots of famous stars (like the Dixie Chicks and Brad Paisley) who have visited the saloon or played in the festival.


While the place obviously appeals to foreigners, Charlie's got a big group of Japanese regulars. Charlie likes to say he's spreading world peace through country music, and I can't think of a better example of that than an elderly Japanese couple teaching me how to Texas line dance.

If, for some reason, you end up in Kumamoto, Charlie's is a necessary stop.  It'll feel a little bit like home.