I'm going to try to double up on posts for the rest of the year (two a day!) because I have a lot of amazing music to tell you about, but not enough 2014 to tell you about it in. The first stepping stone in this marathon is Devin Sinha's quietly majestic The Seventh Season. 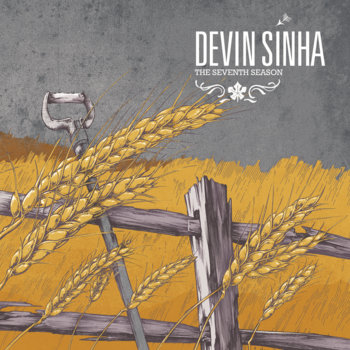 The album's lead-off track, "Ripcord," has a light, poppy feel to it. But make more mistake -- it's not fluff and neither is the rest of the album. "Ripcord" is, in fact, a gentle introduction to a mature, introspective album. While it's much, much gentler than most of the stuff featured here, The Seventh Season takes us on a powerful journey through life's more solemn moments, but has a key ingredient in its special sauce: hope and optimism. As the weather gets more miserable, keep The Seventh Season handy to remind you that the bad times don't just pass eventually, they often get better.