Before I start this post, I want to extend a congratulations to Billy Gilpin and Ty Herndon for coming out. I remain blissfully unaware of early 2000s top 40 country so I don't know about their music. Coming out is terrifying now how many times you come out to people, so I can only imagine how nervewracking it was to do this. Queer visibility matters and it is high time queer men were represented in country music. I hope your bravery inspires others to be their true selves openly.

---
This is not this blog's usual fare, but then again, the lowercase letters are definitely an unusual band. Regardless of the genre of music you prefer to listen to, the band is irresistible -- fun, self-assured, quirky, and, most difficult to achieve, cool. 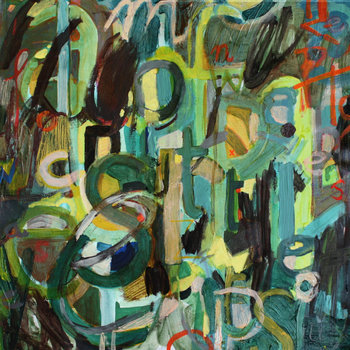 The lowercase letters' neo-soul brings along some indie rock sensibility for the ride. While you've got more hip-hop driven tracks like "Dutchie," the album's heart lies in songs like "Open Blinds" and my personal favorite, "Unattainable." Lead singer Alphie Williams has a voice that will stop you in your tracks, not because it's powerful, per se, but because she's got character. It's also impossible not to love a band that puts out such a quirky, queer-friendly, and decidedly NSFW video:


All I can say is, that actress's bra? Whoever fitted her is a WIZARD.

Similarly, "Give Me" makes me want to do things that my usual white boy rage music does not inspire in me. What I'm saying is, it's good to expand your horizons. Start here.


lowercase letters -- Official, Bandcamp
Posted by Rachel Cholst at 12:00 AM