Let's end the year with a fuckton of punk. Specifically, punk by lady-identified humans. First up is Kitten Forever, a Minneapolis-based trio that brings a whole ton of piss and vinegar. I initially listened to the album in September and I planned to write something about early Sleater-Kinney and riot grrl being born again but then Sleater-Kinney reunited and you guys I'm going to finally see them live.

But to be perfectly honest I'm kicking myself for not being able to say Kitten Forever when they passed through here. Listening to Pressure makes me feel exhausted -- the live shows must be an experience to behold. 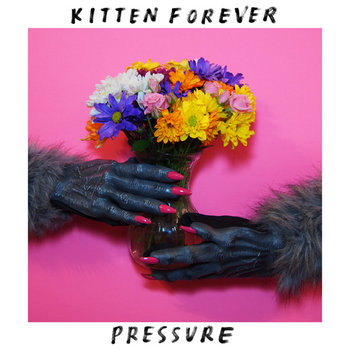 Kitten Forever's frenzied vocals, whacked out guitars and furious drums are enough to set your pulse racing. Their songs about parties and sexy times (but not with just anyone, asshole) will get your fists pumping and your booty moving. So it's nice that Sleater-Kinney is touring again and all, but there's clearly room to spare on the throne.

Speaking of young upstarts, The Vinyl Records, a quarter based out of the "Himalayas," is thundering into the world via Metal Postcard Records. In case Kitten Forever wasn't proof, they're here to remind you that women-fronted punk is here to stay. 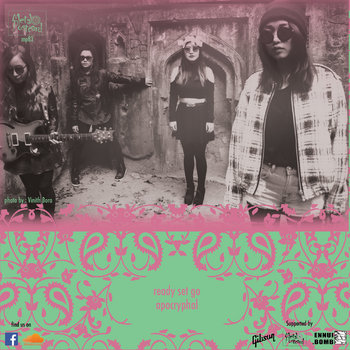 The Vinyl Records have a smoother sound but they're no less potent.

The Vinyl Records -- Bandcamp
Posted by Rachel Cholst at 12:00 AM