When I was in college I went down to one of the basement concerts because I'd heard a lot of buzz about a band called Vampire Weekend. Jesus Christ, they were terrible. I stayed for three songs and from what I could hear, it was the same three chords over and over and over and over again to the backdrop of atonal caterwauling. A month later they were on the cover of Rolling Stone. 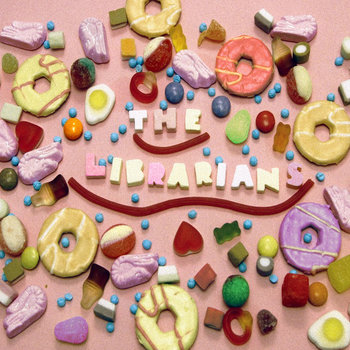 Needless to say, the Librarians are like Vampire Weekend except they don't suck. They shoot for a similar surf-rock-with-a-twist vibe but never overstay their welcome. Their washed out chords and wry lyrics (a byproduct of being British, I suppose) take you to dreamy summer days by the beach that are more likely to be found in California than in Cambridgeshire. At the end of the day, this is a fun album and you can pay what you want for it on Bandcamp.

ALSO, as musicians are gearing up for 2015, they need money to fund their projects! Perry Brown, the lead singer of Fire Mountain, needs your help to push the release of his first solo album, Become My Blood.

Fire Mountain garnered critical praise for their lush, emotional ballads. On this album, Brown seems to be pulling back from the orchestral arrangements and sticking to his guitar and some good old folk-style songs.