GoodWolf -- Car In the Woods

I've had this album on loop all day and I haven't gotten sick of it. I think I might not ever get sick of it (though I probably won't loop it again.) GoodWolf's second LP is an intoxicating mix of garage rock, pop punk, and 90s college rock. In other words, it's a curious mix of earnestness, sincerity, and disaffection that refuses to be heavy-handed. And that's the only way this kind of rock'n'roll medicine can go down. 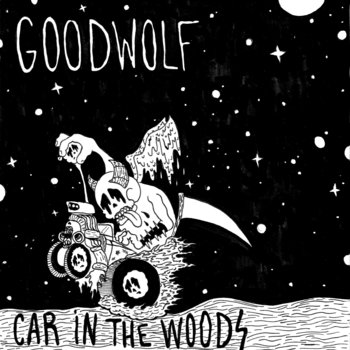 GoodWolf is led by West Virginia-based Tyler Grady. The guy might be singing about self-destructive friends and breakups, but dude is having fun. Whether it's the barnstorming opener "St. Somewhere Else," the scathing critique of a longtime friend in "Black Denim," or the sun-soaked memories of an anxious youth in "Desperately 21," each song is a self-contained nugget of rock'n'roll gold. There's not a single lame song on here, and each one will push your emotional buttons. This is already one of my favorites of the year.

Correction: I originally stated that this album was GoodWolf's first. It's actually their second.
Posted by Rachel Cholst at 12:00 AM