If you're looking for a consummate songwriter -- someone who will tell you inventive stories, yank on your heartstrings, and play the heck out of some guitar -- then you've probably been waiting for a while. The good news is Josh Brooks is the man you've been waiting for. 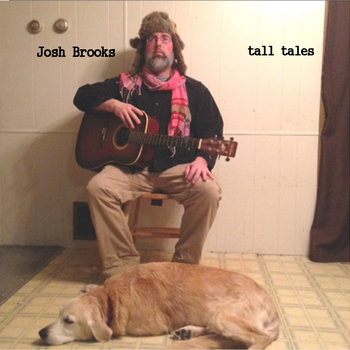 Tall Tales is all over the map in terms of content, style, and emotion. The one constant is the top-notch quality of each track. There isn't a single song on here that I feel "meh" about. "Tommy" is a great example of Brooks' take-no-prisoners approach to his songs:

Tommy's got a problem that he can't explain. Got an axis of evil and a first world power picking fights in his brain. You walk down the street, you see the clear blue sky. Tommy's got mortar rounds lighting up his head like the fourth of July. You try talking to him and he might make nice. Then again, he might knock the teeth from your head and he won't think twice.

But Tommy's alright, he's just having fun. The voices are quiet, he isn't hurting anyone. It's a flip of the switch, a slight of hand... and the whole foundation just slips like sand.

But Brooks is equally in his element telling stories about accidentally killing a frog in his lawn, guzzling pina coladas, and devious femme fatales. Tall Tales is an album you won't want to miss. It's one of my favorites so far this year.

Josh Brooks -- Official, Bandcamp
Posted by Rachel Cholst at 12:00 AM