First of all I'd like to extend a huge thanks to those of you who came out (see what I did there?) to the Queer Country Monthly show this past Saturday. We raised a little over $500 for FIERCE! Congrats -- we got them half an intern!

If Karen and the Sorrows is a little too mellow for you, here's a sharp change of pace. I still get Hero Jr.'s "Anne Boleyn" stuck in my head, and I reviewed that album two years ago. Two years on, the band still has its caustic edge and spontaneous energy. The songs on Mixed Race were written in less than a week and recorded in less than a day. Although some of the songs could have used a little more time to cook, the album itself is a wild ride. 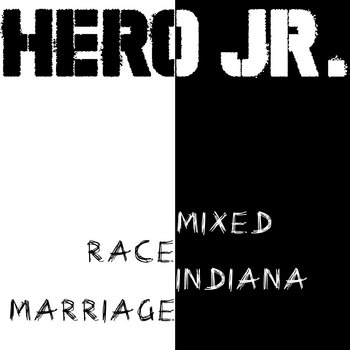 Mixed Race is a little less funky and a little more cock-rocky than the band's previous release. And while for some people, that could be a turn-off, if you stick around you'll be treating yourself to some really fine rock'n'roll. The album captures the electricity of live music that often eludes even the best artists.

If the album catches your fancy and if you live in the Milwaukee area, you can get blown away by Hero Jr. in person with another Adobe & Teardrops favorite, the Delta Routine, at the Yield Bar. You can get the info here.