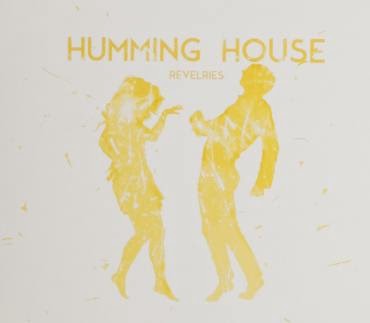 That's not to say there aren't some "indie" folk staples that, at this point, feel a little cliche -- the gang vocals, that high-and-lonesome chord progression and militaristic drumming popularized by "Some Nights" (sorry -- not a music scholar.) What Humming House brings to the table instead is its unbridled joyous approach to the music. Humming House's heavy influence by Celtic music brings to mind Carbon Leaf, especially in their more poetic turns like "Hitch Hike."

Humming House is pretty much rocking everyone's world in the alt-country sphere. They clearly have the versatility and technical expertise to become great. I'd like to see a little more lyrical depth before I put this on my "best of" list. That being said, Revelries is a great ride.